Despite their role in an adorable bedtime proverb, bed bugs are pesky little pests. They sneak into your bed, your furniture, even your carpet, and while you sleep or watch TV, they bite you. The next morning, you’re left wondering why you’re red and itchy.

What are Bed Bugs

Bed bugs are small, flat, oval-shaped insects. They do not have wings and rely on humans to carry them from one place to the next.

Bed bugs are a reddish-brown color and can be between 1 and 7 millimeters.

They feed on blood from humans or animals, and they’re most active at night, feeding on their victims while they sleep. 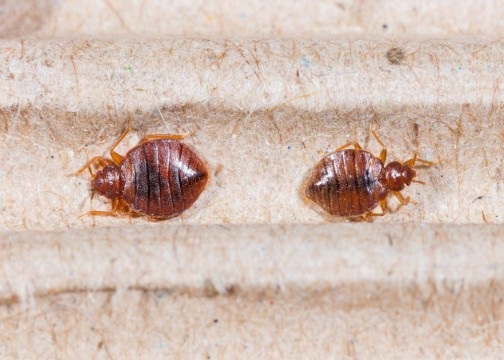 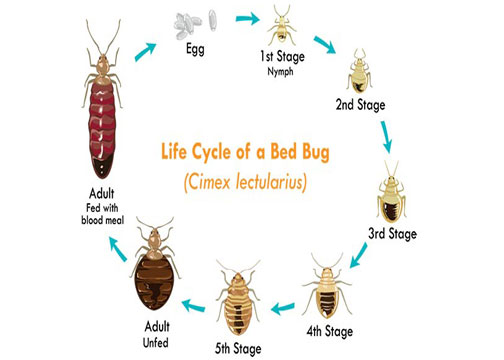 Some people will not experience a reaction to a bed bug bite at all. Those that do experience symptoms of a bite are likely to experience one or more of the following:

Bites can happen anywhere on the body. Most commonly they occur on areas of skin that are exposed while sleeping, such as the face, arms, legs, and hands.

What are the symptoms of a Bed Bug bite?

Where are Bed Bugs found?

If you suspect that you have bed bug bites, it’s important to look into the matter. Waiting for more bites prolongs the problem. Bed bugs were once rare, but in recent years, there’s been a surge in population.

Bed bugs are most common in facilities that have a lot of people, a lot of turnover, and close quarters. However, they can also come into your home if brought there. Listed below are the places that most commonly have bed bugs:

I have Bed Bugs in my home, how will I know?

Bed bugs like to hide where you sleep. If you find bites and suspect bed bugs, search around for them. You may not see the bugs themselves, but you might see tiny black dots (their droppings) or red smears, signs they’ve been biting you.

Most common hiding sites for bed bugs in your home:

How are bed bug bites treated?

Bed bugs are more annoying than they are dangerous or deadly. The symptoms of a bite typically disappear in one to two weeks. Use an anti-itch cream to keep yourself from itching the bite. Take an antihistamine to help reduce the itching and burning. Ice packs can help numb the skin and reduce your urge to scratch. Use an antiseptic cream or lotion if you get an infection.

Get rid of Bed Bugs for good!

If you find bed bugs in your home, call your landlord or pest control company to have your home treated. Getting rid of bed bugs yourself is hard, and you may prolong infestation if you do not get professional treatment. Bed bugs can hide for several months without feeding, so getting a professional treatment can help you make sure you’re getting rid of the blood-sucking pests completely.

Your AR ant Pest Control office has products developed for the control of pests such as Ants. Due to the potential danger of property damage, it is advisable to contact an AR Service Representative at (905) 670-7378 or info@arpestcontrol.ca

Get a Quote
MOSQUITO BITES

How should you treat a Mosquito Bite? 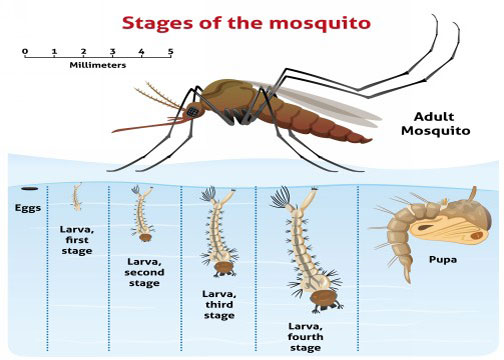 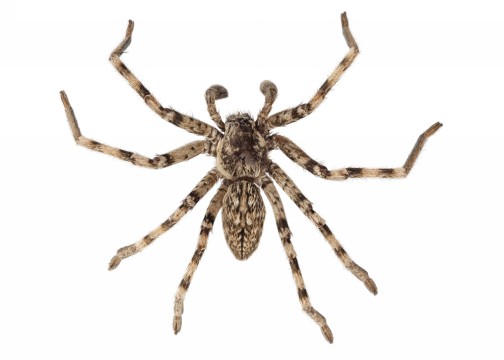 Are most spiders poisonous?

Identifying a spider bite is easiest if you saw the spider that bit you, but it’s possible that you won’t notice the wound until hours later. Look for things like swelling, a red welt, skin damage, and any troubling symptoms that accompany the bite.

Other possible symptoms that accompany spider bites include:

Spider bites often take longer to heal than other insect bites, and they may affect skin tissues. It’s important to keep the bite clean to reduce the risk of infection.

How to treat a spider bite at home

In some cases, you can treat spider bites at home. For nonvenomous spider bites, follow these steps:

Seek medical attention if you’re showing symptoms of a spider bite or if the symptoms don’t go away over time.

Always seek medical attention if you suspect you’ve been bitten by one of the following species:

About an inch long and usually nonaggressive, the brown recluse typically hides in dark, secluded spaces. It only bites if it’s trapped against your skin. It’s also called the “violin” spider because of the dark marking on its back.

The brown recluse is usually found in areas such as: 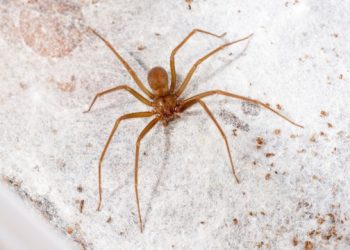 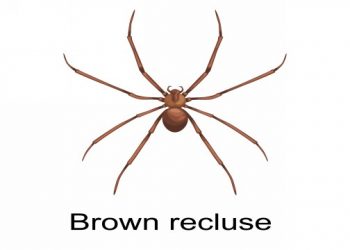 The initial brown recluse bite may be painless, but within eight hours it will begin to itch, hurt, and turn red. A red or purple ring resembling a target or bull’s-eye will develop around the bite. This bite can blister and grow progressively worse without treatment, to the point where it may kill surrounding tissue and cause fever, chills, and headache.

On rare occasions it can cause

On rare occasions it can cause:

There is no antidote for a brown recluse bite, but treatment like keeping the area clean can encourage faster healing. Your doctor will examine the bite and prescribe antibiotics. In extreme cases, such as tissue death, you will need surgery and hospitalization. 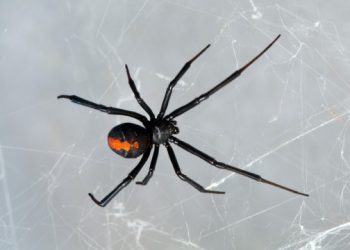 Symptoms of a black widow bite include:

Prompt treatment is best, especially for children and older adults. In some cases, a healthcare professional will prescribe antivenin to remove the venom from your body.

How to treat a spider bite at home

In some cases, you can treat spider bites at home. For nonvenomous spider bites, follow these steps:

Seek medical attention if you’re showing symptoms of a spider bite or if the symptoms don’t go away over time.

Always seek medical attention if you suspect you’ve been bitten by one of the following species: 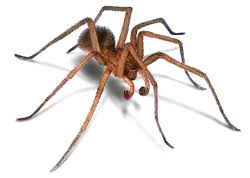 Common all over the country, wolf spiders measure three to 4 inches long and look similar to tarantulas. They like to stalk their prey by hunting on the ground, and you’ll find them in sand and gravel, around the bases of doors and windows, or in house plants. Look for two large eyes in the middle of their faces, accompanied by six smaller eyes.

A wolf spider’s bite may tear the skin and cause pain, redness, and swelling. You may also experience swollen lymph glands as a result of the bite. For some people, healing can take up to 10 days. In rare cases, the bite can cause tissue damage. 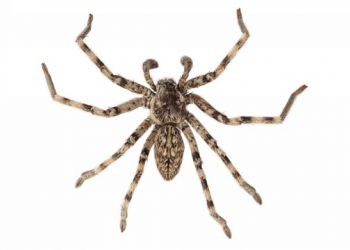 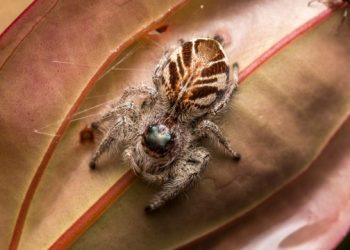 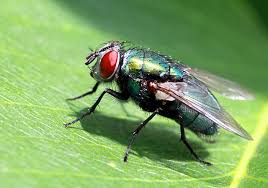 How should you treat a Deer Fly Bite? 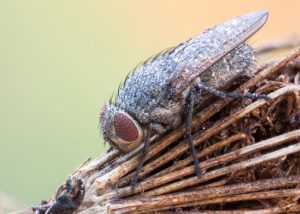 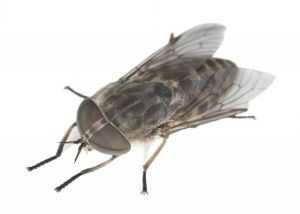 Their bites are painful

They are attracted by movement, shiny surfaces, carbon dioxide and warmth. Their bites are painful and generally elicit the victim to move from the area, which will force them to find another food source.

When going to an area where Deer flies and Horse flies are known to inhabit the area wear light colored clothing, neck covering and protective mesh outdoor wear. These protective measures will provide some valuable protection in reducing the annoyance and bites.

Deer Flies and Horse typically bite near the head or face. Their bites leave a small puncture wound, and can result in anything from slight swelling to a swollen bump the size of a golf ball. Other symptoms can include headaches, nausea, fever, and swollen lymph nodes.

Apply ice to the area for fifteen minute intervals to reduce swelling from a black fly bite. You can apply cortisone or prescription topical steroids to the affected area. Washing the area with soap and water can reduce the risk of infection.

Fleas are tiny, irritating insects. Their bites are itchy and sometimes painful, and getting rid of them is hard. Sometimes professional pest control treatment may be required.

Fleas reproduce quickly, especially if you have pets in the household.

But even if you don’t have pets, your yard can potentially play host to fleas, and you may end up with a bunch of mysterious bites. 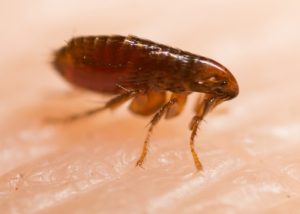 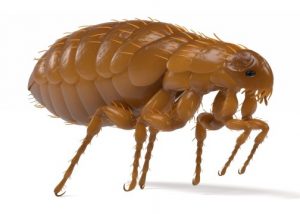 What are the symptoms of a fleabite?

Chiggers are tiny larvae members of the arachnid family and are sometimes called red bugs. Although the larvae are extremely small in size, their bites pack a powerful punch. They’re so tiny that you probably won’t notice when they jump from that tall blade of grass onto your skin. You won’t feel it as they hitch a ride right into your home. When you eventually do feel them, however, they can be extremely itchy. 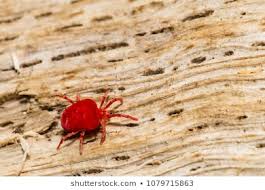 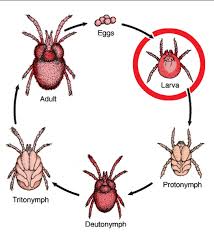 How to treat Chigger bites

They’re attracted to people and their four-legged pets, and they can easily move between the two. If you’ve spent any time outdoors, you’ve likely encountered ticks at some point.

Ticks are small, blood-sucking bugs. They can range in size from as small as a pin’s head to as large as a pencil eraser. Ticks have eight legs. They’re arachnids, which means they’re related to spiders. The different kinds of ticks can range in color from shades of brown to reddish brown and black.

As they take in more blood, ticks grow. At their largest, ticks can be about the size of a marble. After a tick has been feeding on its host for several days, they become engorged and can turn a greenish blue color. 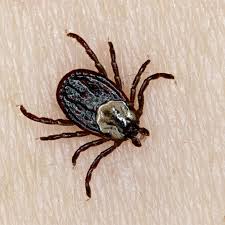 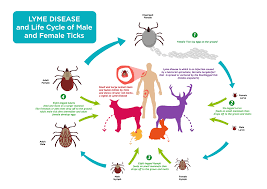 Your AR ant Pest Control office has products developed for the control of pests such as Ants. Due to the potential danger of property damage, it is advisable to contact an AR Service Representative at (905) 670-7378 or info@arpestcontrol.ca

AR Pest Control offers residential, commercial, industrial and large multi-unit residential clients with free written quotations without you having to wait days for a return call or an email. Contact us for a no obligation, no hassle, best price quote at (905) 670-7378